The morning after our hike, we poked around the anchorage in the dinghy. 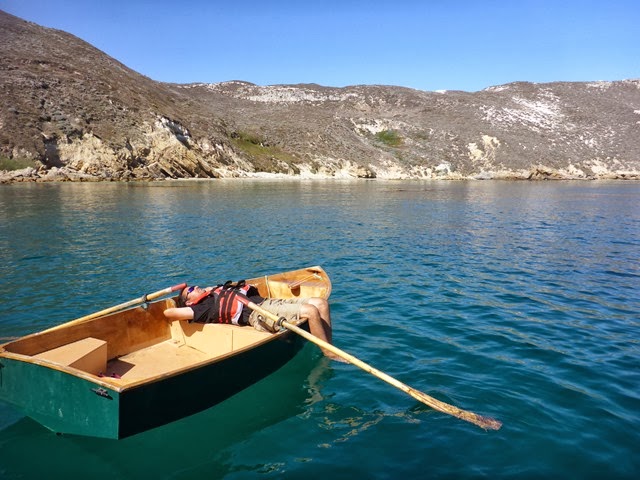 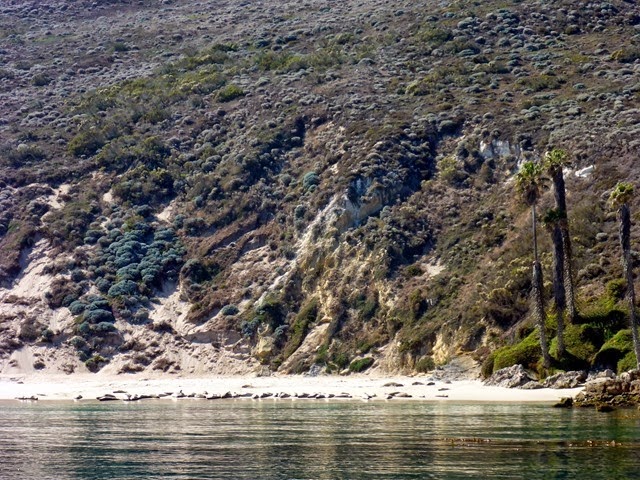 First, Bryan and I went to shore, risking the wrath of the lazy seals to look for the spring at the base of these non-native palm trees (rumor said they were planted for the filming of “Mutiny on the Bounty” but the ranger said that in the ‘70s, someone with an eye to island improvement planted them and scattered non-native seeds from a plane.Thankfully, on this dry and windswept island, not much took hold.) 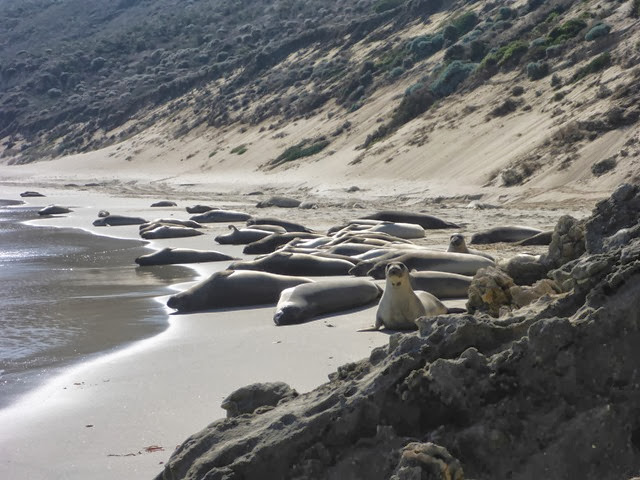 Then we rowed back to the boat and the girls piled in too. The ranger had reminded us that a good portion of the park’s wonders were found underwater in the giant kelp forests. We spotted familiar sea creatures—sea stars and anemones—lots of fish, and even some dogfish sharks undulating in the shadows of the seaweed. Curious sea lions fed in the bay, poking their heads up now and then to get a good look at us, the foreigners in their watery world. 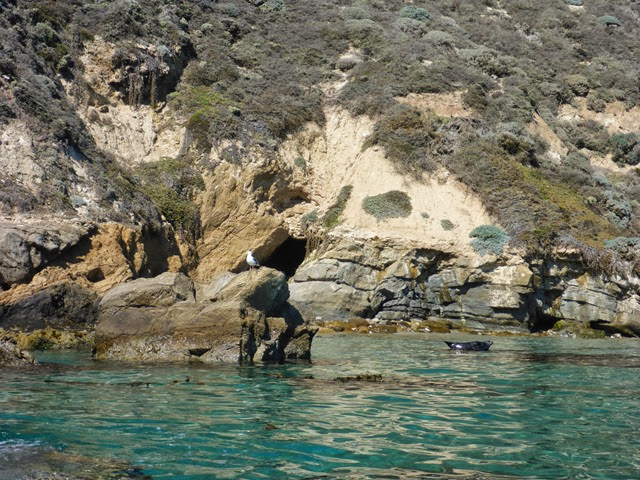 Though we’d had quite a bit of wind on San Miguel, enough to keep us awake at night checking on our anchor’s set, now there was none, so we had to motor the few miles to Santa Rosa. 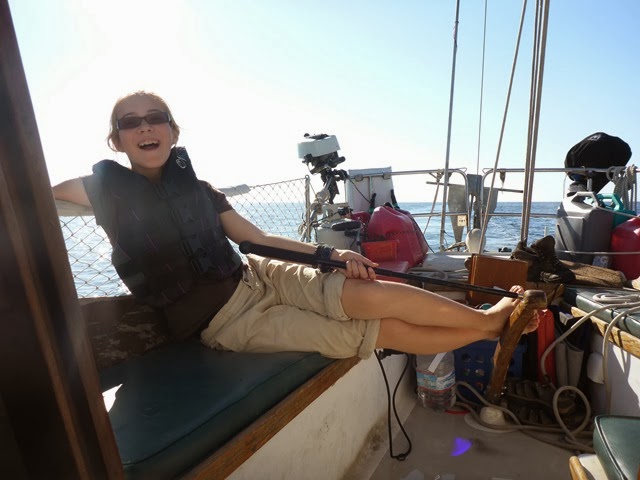 We anchored in Becher’s Bay, the main landing for the occasional tour boats, and watched the full moon rise while we planned the next day’s adventures. 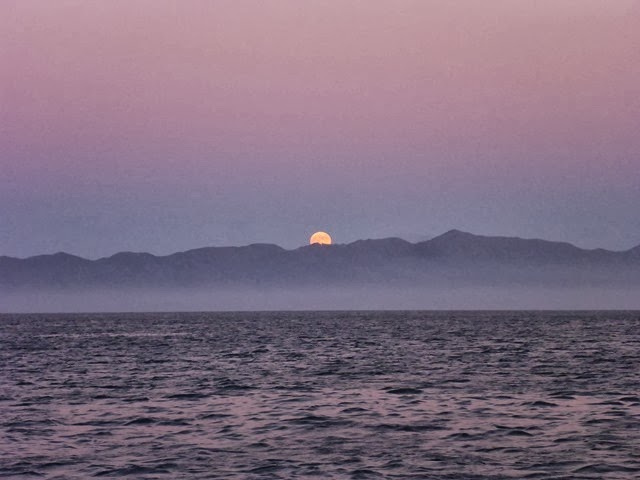 In the morning, we packed some water and a lunch and Bryan took the dinghy out for a test drive. We hadn’t yet needed the outboard on this trip, but we’d had to anchor quite a ways from shore because of extensive kelp beds in the bay. We knew we might be returning against the afternoon winds, so we wanted to be sure our engine wasn’t going to work only one way. We made it to shore just fine, landed on a sandy beach near the tour boat pier, and climbed the ladder up to the pier. 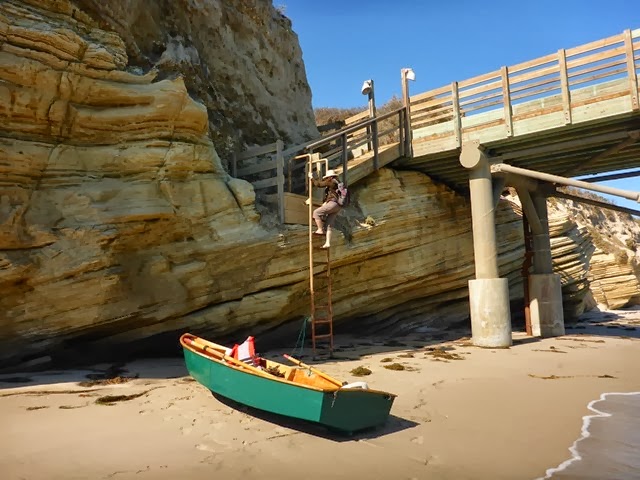 Right away, the differences in these 2 islands were clear. Where San Miguel had been solitary and bare, Santa Rosa had ranch houses, trees, and…people. One lady from the tour group asked what we were all thinking, “How did you get here?”
“On our boat. How did you get here?”
“On a plane.” She gestured toward a small airstrip nearby. Mystery solved, we chatted with the tour guide for a few minutes and then decided on a 5-mile hike to the Torrey Pines, one of the two remaining stands of the species. 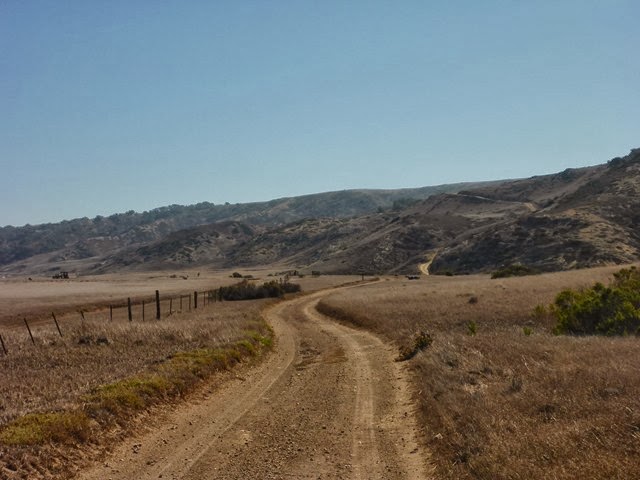 We walked a sandy road past the airstrip and through a couple of shallow canyons. 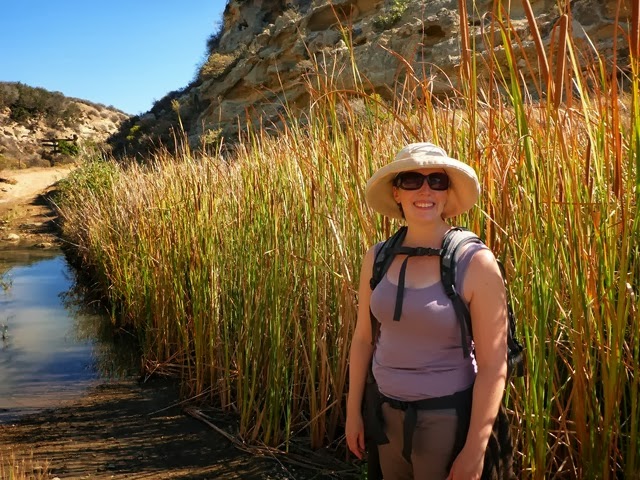 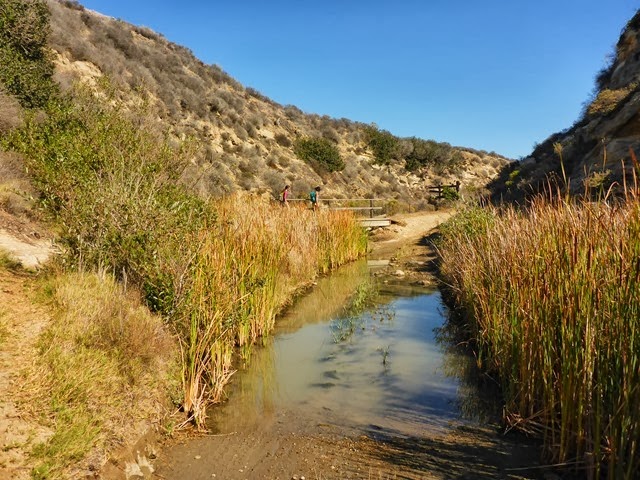 By the time we reached the pine grove, we were glad for the chance to sit in the shade and eat our lunch. The pines smelled amazing, almost floral, and we sat on a springy floor of dropped needles until the breeze picked up and urged us back into the sun. 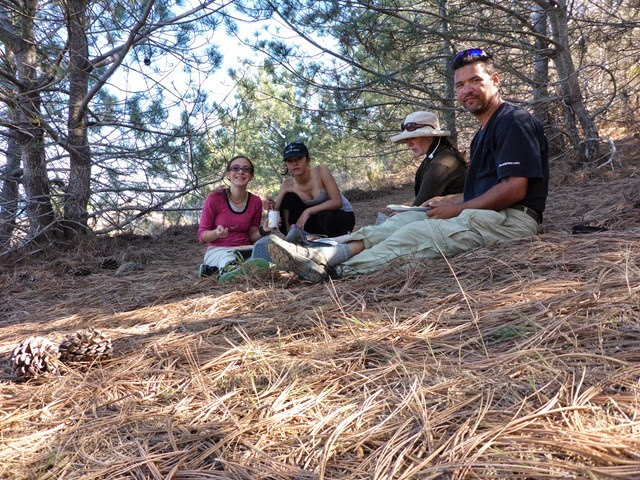 We took the long way back up onto the grassy hilltops and back into the island’s interior a bit. 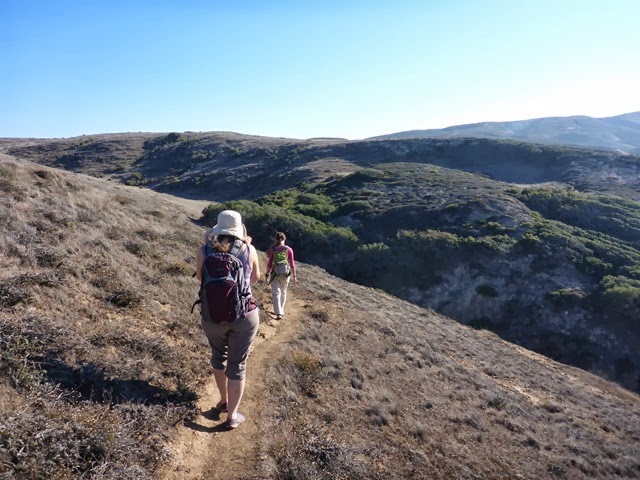 The rugged hills were stunning but windy and it was a relief when the trail dropped down into a more protected canyon. 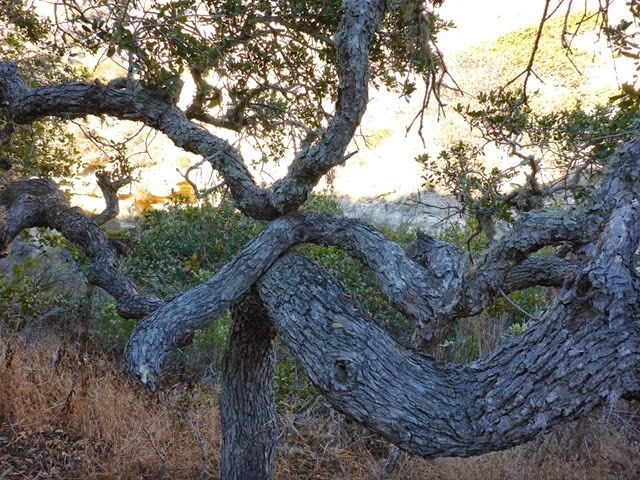 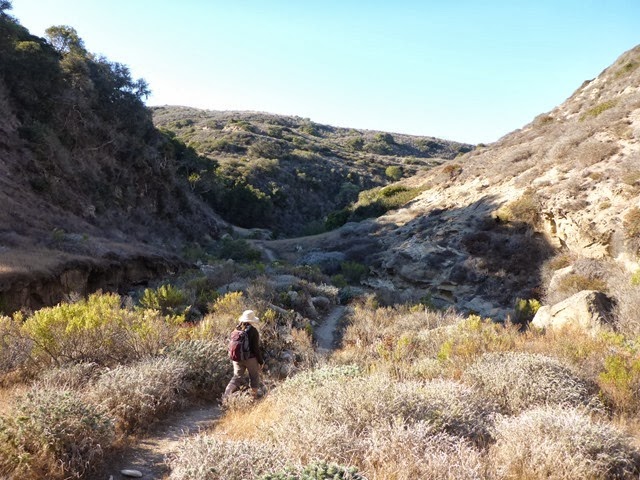 We hiked the whole canyon, from the narrow cleft at the back, under shady trees and past dry creekbeds, out past wind-carved sandstone walls to the grassy plains by the ocean’s edge. 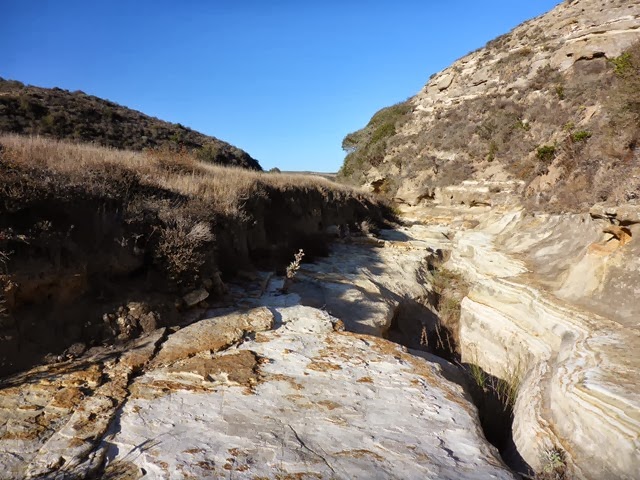 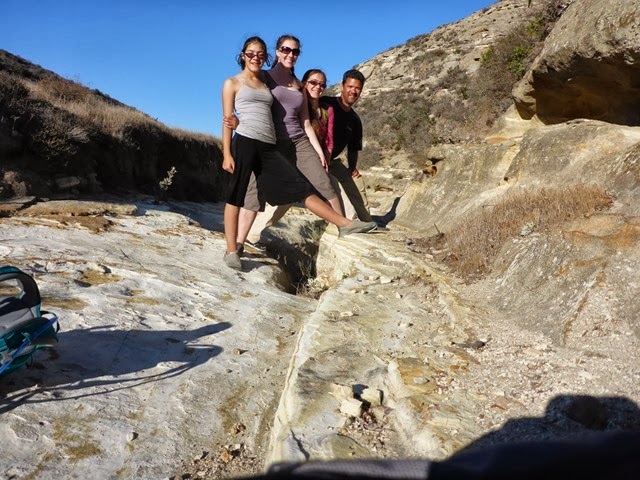 Well satisfied with our day’s adventure, we climbed back down onto the beach. But the adventure wasn’t over yet; Splitpea was yards away from the receded waterline and the wind was whipping the bay into a short, steep chop. We carried the dinghy down to the water’s edge and tried to start the engine and launch the dinghy all at once. It didn’t work. Waves broke over the bow and drenched the girls and all our backpacks, and the outboard propeller hit the sand and kicked the motor out of its mounts. We pulled the little boat back to shore, wrung ourselves out a bit, and tried again. This time, we rowed out past the breakers before starting the engine and motoring a curvy, bumpy, noisy, wet path through the kelp beds back to LiLo. After dry clothes and hot drinks all around, the day’s difficulties faded away leaving only good memories behind.
Posted by Bethany at 6:00 AM