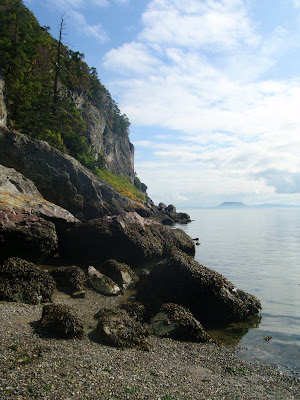 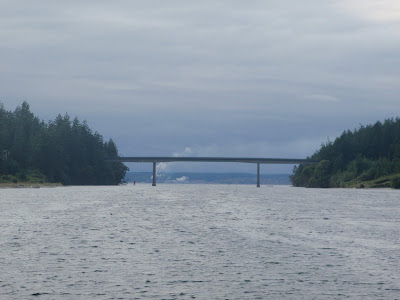 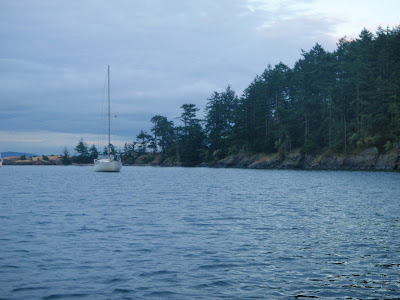 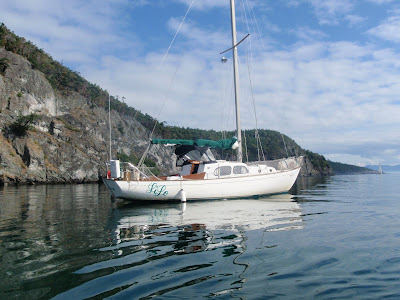 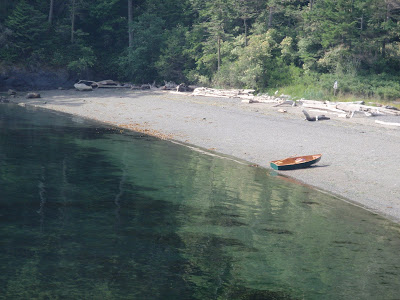 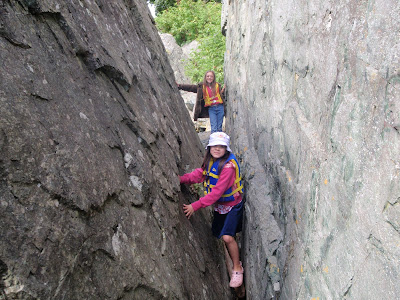 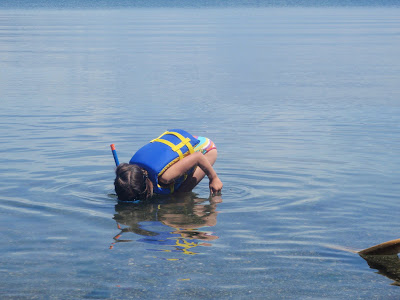 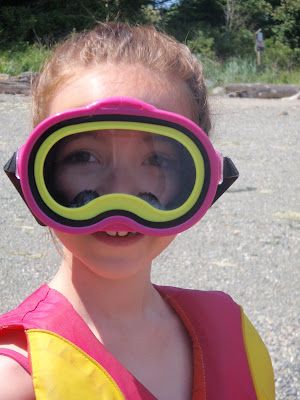 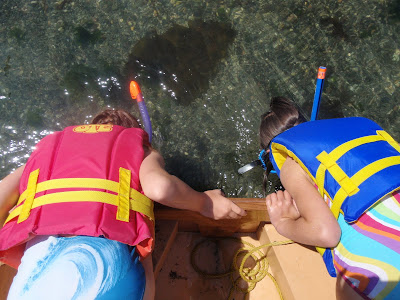 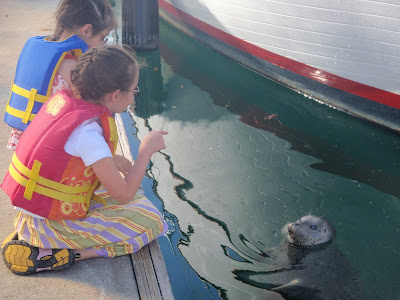 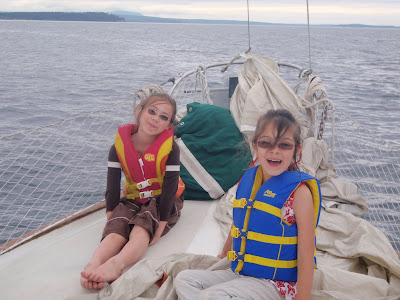 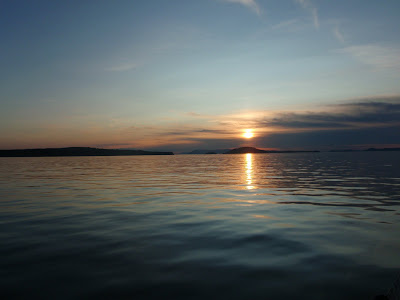 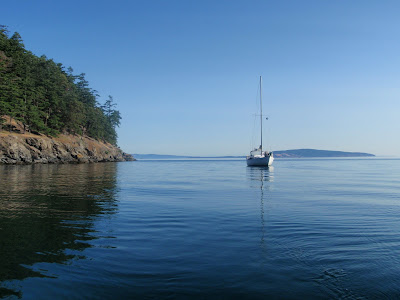 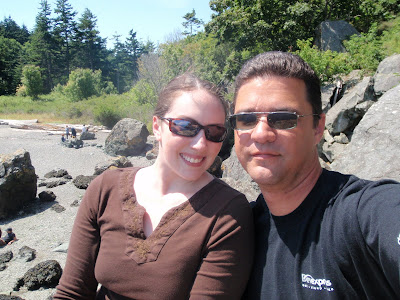 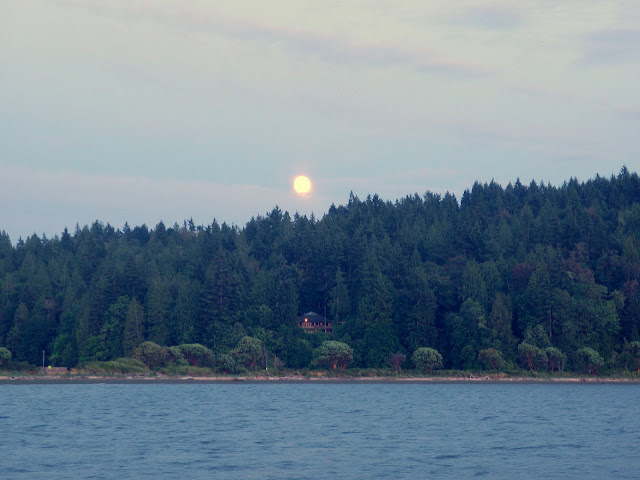 Last Sunday, Bryan and I gave a presentation about our sailing dreams to some from our church community. Many of our friends showed some interest in this long-neglected blog and, as I'd been intending (for several months now) to write up some stories from our latest trip, I figured I shouldn't ignore this motivation.

Last you heard, we'd launched the new dinghy (see below for pics if you're just arriving). We'd struggled to figure out how to best orchestrate our trip, (from Olympia up to Canada and down the coast of Washington to the Columbia) so that we didn't end up with our boat in St. Helens and our car still in Olympia. We love riding the train, so one-way tickets to Olympia were an easy choice, but we had more gear to load than we could take on the train (including the new dinghy!) Bryan took Split Pea and all our gear to LiLo, remembered (barely!) that he needed to bring back the old dinghy and spent the next few hours problem solving. Li'l Lo, our old dinghy, was so heavy that the 4 of us could barely carry it a few yards down the beach and somehow he needed to get it, by himself, up the ramp at low tide. He rowed around to the public dock in Olympia, which sports a more gently sloped ramp than our marina, heaved it up onto the ramp rails and pushedlikecrazy to get it up to the top, where some onlookers finally took pity on him and helped balance Li'l Lo in a dock cart all the way to the truck in the neighboring parking lot.

He returned to join the rest of us at my parents' for the Canby General Days July 4 celebration (back by popular demand...and yes, I mean demand. We were on the boat one year for the Fourth and I don't think they girls will ever let us forget it.) It's all about the parade-candy collecting! 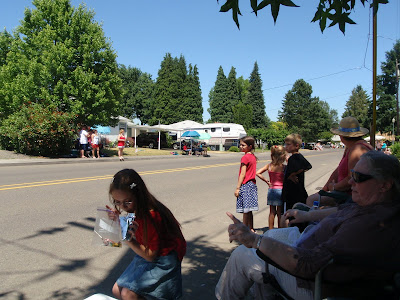 The next morning, Mom and Dad took us up to the Oregon City train "station" (what a cute little whistle stop!) and saw us off. 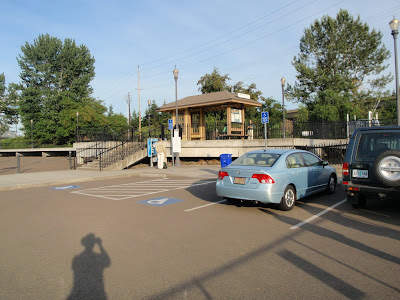 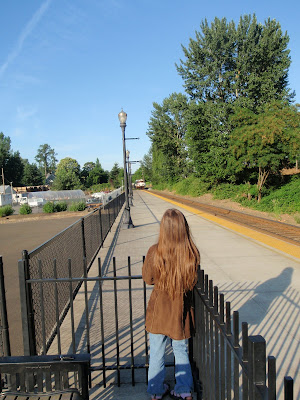 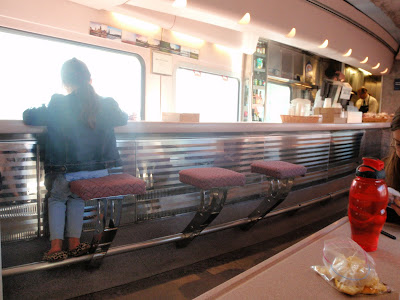 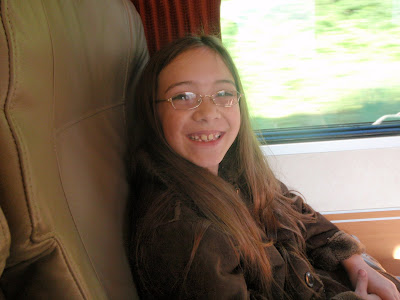 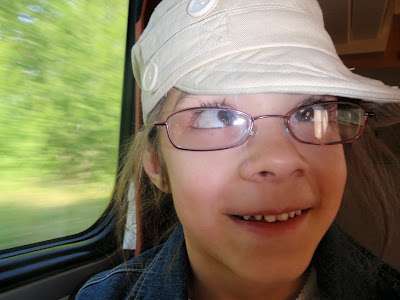 until our arrival in Lacey. 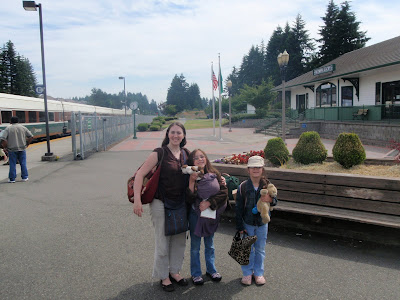 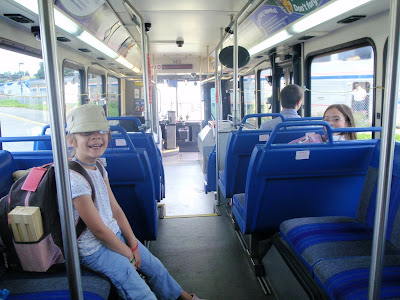 We gathered up all of our stuff, caught the bus to Olympia, walked the 8 or so blocks to the boat where we realized the fatal flaw in our heretofore perfectly executed plan.

Now every time we go to the boat, we make one last run for gas and groceries before we leave town. We can't get gas until we're there, obviously, because the fuel tanks are on the boat. And it's usually easier to pick up our cold foods there then pack them all the way up I-5 in a cooler. Except this time, we'd gone to great lengths to get to Olympia without a car, forgetting that when we got there, we, well, wouldn't have a car.

Bryan bummed a ride to the gas station from friendly dock neighbors while I put away what we'd brought and calculated meals from pantry items...yes, plenty to make it to Port Townsend, where the grocery store is more conveniently located for forgetful boaters like us. 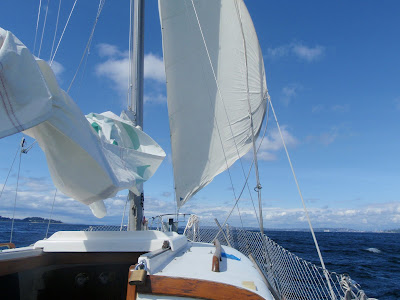 Finally on our way, we pushed out into Budd Inlet in unusually strong winds. We often have to motor in the South Puget Sound, but today was a pleasant surprise, sailing in 15-20 kts. The sea took the vacation's only casualty though, my favorite red hat from last year's Stuart Island stop. (Please don't mention it; I'm still in mourning and kicking myself.) 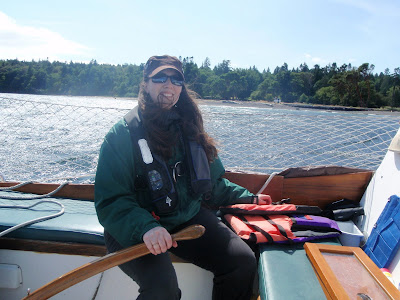 We spent the first two nights at old favorites, Joemma Beach State Park and Blake Island, trying to enjoy our time without thinking ahead to the trip too much. It's easy to turn the first and last few days of any trip into a push to get there, get there, get there and forget to enjoy every moment along the journey. I'm getting better at this, but I admit it was a bit hard to simultaneously look forward to the San Juans and Canada, fight off end-of-trip-ocean-going fears, and savor what may be our last trip for many years in these familiar waters.
Posted by Bethany at 5:57 PM No comments: