We’ve been waiting for a good weather window in Eureka, CA almost a week now. So long, in fact, that last night, I dreamed the weather forecast had changed and now the good weather predicted for Friday and Saturday had changed to south winds (not a good thing when you’re headed south). Sure enough, when I woke up this morning, Saturday’s nice N winds had disappeared and the evil “S” had taken their place. Fortunately, though the sea has been inhospitable thanks to wave action from a North Pacific storm (Monday, a dockmate tried to leave and the bar was full of 16-foot breaking waves) Eureka has been more than welcoming. It’s hard to believe from inside protected (and mostly sunny) Humboldt Bay, that the ocean is all worked up about something. But our next hurdle is rounding Cape Mendocino, where any swell and winds are magnified around the point of land, so we’re filling the days with fun while we wait for a safe chance to head further south.

We spent our first day in Eureka holed up in our cozy boat while rain and wind outside made us very grateful to be tied up at a dock with power (power=heat!) and not fighting the deteriorating conditions at sea. By the next day, Saturday, it was clear we were going to be here a while. So we located the important sites (a public library and a pizza parlor) and walked around Eureka’s unique downtown strip. 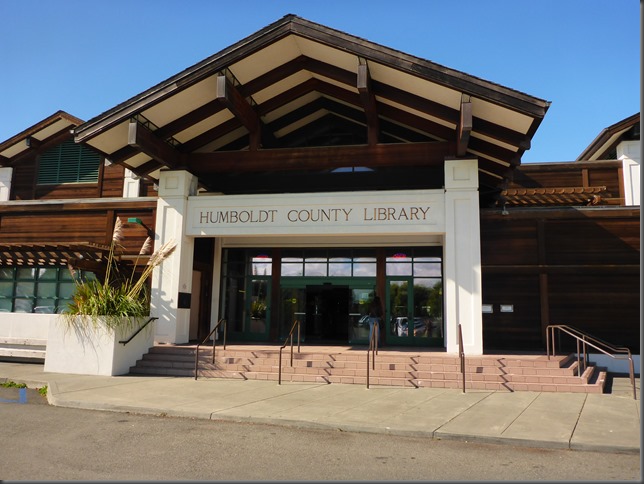 We don’t expect to go to church every week on our trip, but we have been looking forward to experiencing worship with other communities along the way. I googled churches in the area and found an intriguing Sunday evening option in nearby Arcata. The bus got us there an hour and a half early, plenty of time to explore the North Country Fair, a delightful travel serendipity. 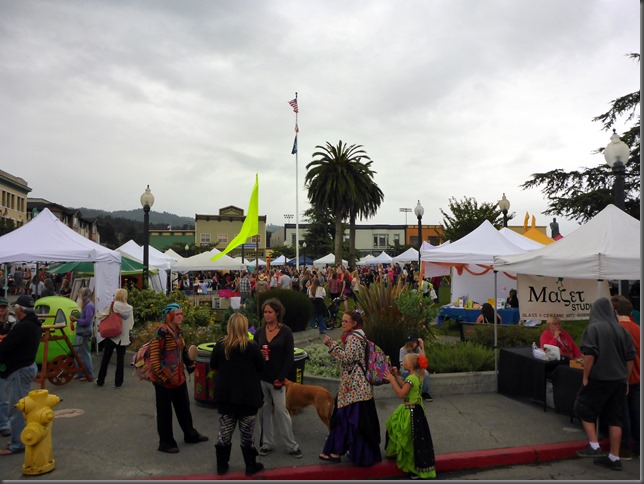 The church had a guest musician for the evening and we enjoyed hearing his words and music and then chatting afterwards as we waited for a ride. The buses had already stopped running by the time church was over, but the pastors offered to take us home…and then invited us for dinner Monday night. 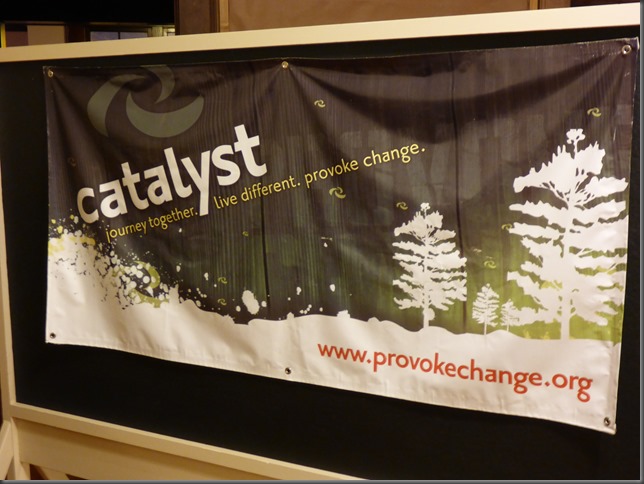 We discovered many similarities in our life stories (and many favorite books on their shelves, always a good indication) and they generously invited us back on Tuesday to do our laundry.
We spent Tuesday morning scouting out the local farmer’s market for good deals and found some familiar foods (corn, green beans, and heirloom tomatoes, ohhh we miss our CSA!) as well as a new one—Armenian Cucumbers. We had to try it!
I’d read in a fellow cruiser’s blog that the Eureka weather station was very friendly and open to visitors, so Tuesday afternoon, we rowed over in our dinghy for a tour. It was fascinating to see the forecasts in the making, get our questions answered, and get the inside scoop on the forecast for later in the week. Unfortunately, they told us pretty much what we already knew—that the swells wouldn’t die down until Thursday night or Friday. Several people took time away from their work to talk with us and a new cruiser friend who came along. If you ever get the chance to visit, I highly recommend it! 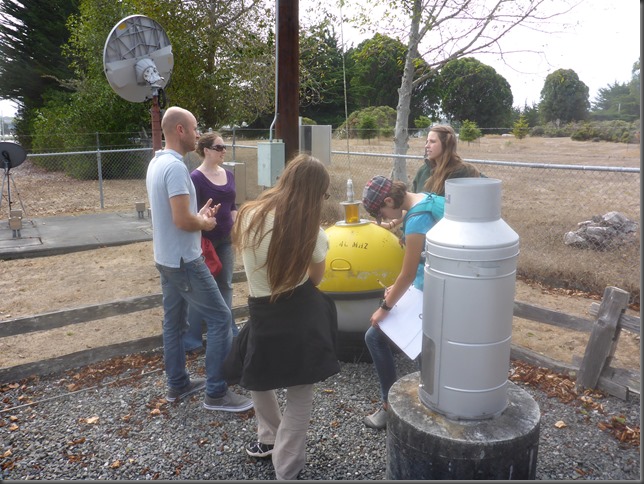 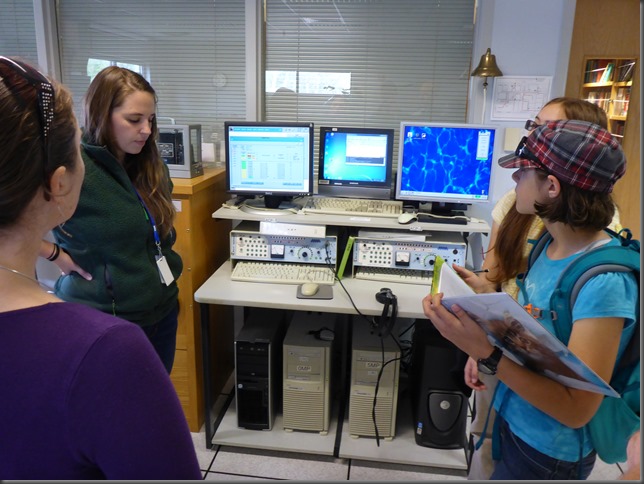 By Tuesday night, back at our new friends’ house, we felt right at home, doing laundry and joining in on a typical family meal. We had been looking forward to meeting new people along the way, hoping some would feel up to inviting us into their regular lives for an evening or a day. I didn’t expect to have it happen already, but we’re so grateful it did.

Unexpected Tangent: Hannah had lost her retainer in Crescent City. Somewhere between getting a piece of gum and playing on the beach, it fell out of her pocket and, though we searched the beach and the boat, we all thought it was gone forever (with varying emotional responses). But when I opened the dryer at our friends’ house, there it was, sitting on top of the lint collector. It must have fallen out of her pocket into the laundry bag where it rode around for a week before making it through the entire laundry cycle safely. We had hoped it would show up, but I never expected it to show up that way!

Wednesday, we walked to Grocery Outlet (about a mile away) and loaded up everyone’s backpacks, our rolling grocery cart, and several bags with 30 lbs of ice and a lot of food. We’re hoping to be able to spend some time at anchor after our next travel days, so we wanted to have plenty to eat while we’re out there. 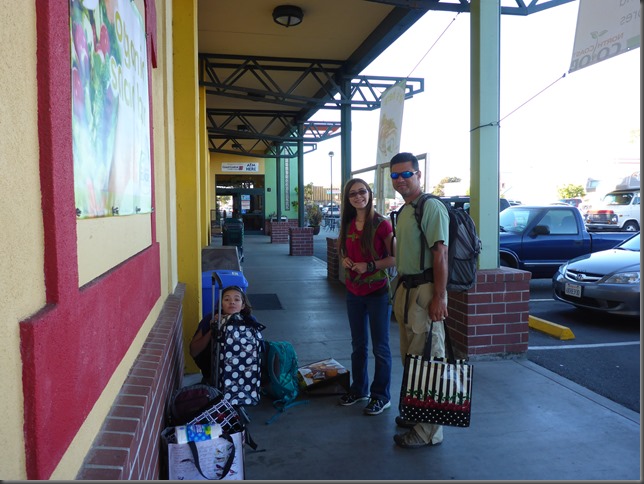 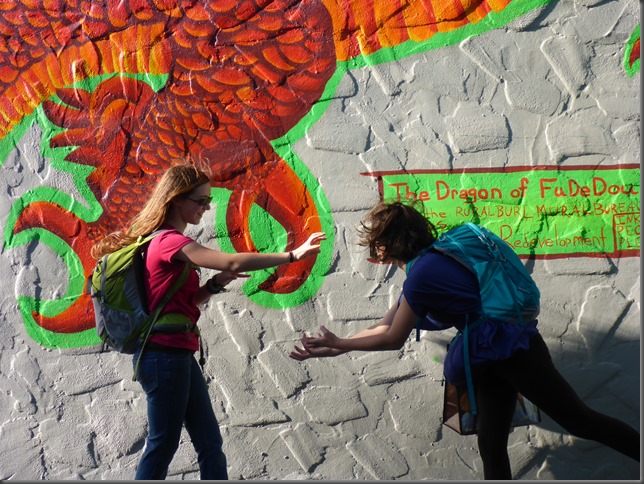 Today, we’re fueling up and dealing with business of the bureaucratic and the cleanliness kind. Our plan is to leave around sunrise in the morning, along with a mass exodus of other impatient cruisers, and see how far we can make it before a new storm sends us steep seas again early next week. The farther south we are, the less the North Pacific storms will affect us, so we’re hoping to make it almost all the way to San Francisco in this jump. After we spend some time in that area, we should just have another 48 hours or so of travel time to get south of Point Conception.