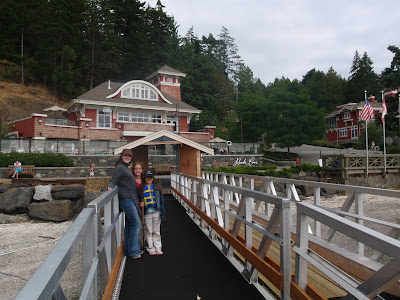 We reluctantly left Shallow Bay but soon turned eagerly toward our first stop in Canada, Bedwell Harbour. After checking in through customs, we called the marina to see if we could afford a slip for the night. Even after doing the dollar conversion (we were initially shocked at the high prices until we remembered), the cost was more than we wanted to spend. So we found a place among the anchored boats just outside the breakwater and rowed on in. 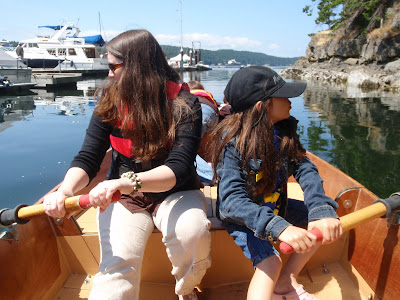 The marina there, Poet's Cove, is a charming little resort, but we wasted no time exploring once we saw the swimming pool. 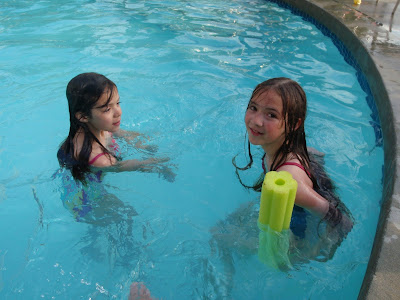 The girls dove in while Bryan and I took turns doing the laundry. The kids spent most of the evening in the pool sharing pool noodles and snorkel masks with some other kids, while the adults congregated in the hot tub sharing sailing stories and making plans for a hike the next day.

After an early breakfast, we rowed back over to the marina and met our new friends. They were visiting from eastern BC, where they race a small sailboat and were enjoying the challenge of their chartered catamaran. 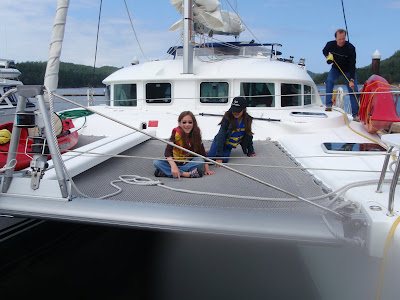 We worked our way up the hill behind the marina and soon found the trailhead marked, “Enchanted Forest.” 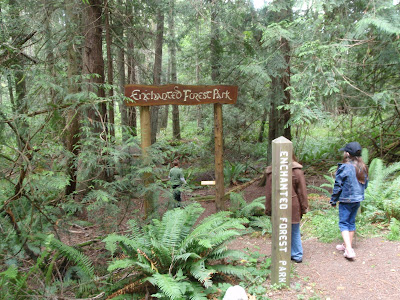 The easy network of trails and the interpretive signs along the way gave the eight of us plenty to talk about as we worked our way through the beautiful NW forest. 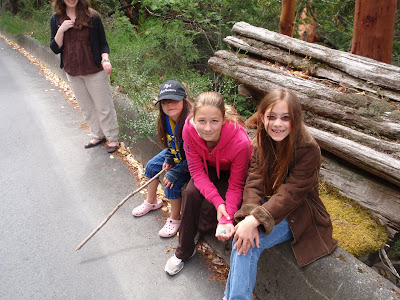 On the way back down the hill, we paused to stare at a not-very-wild deer nosing around the meadow behind the resort. 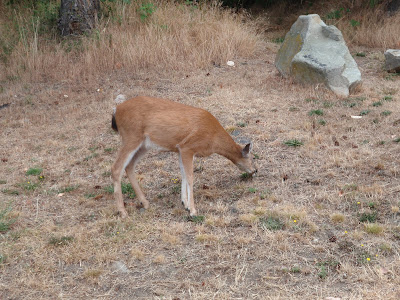 Over and over on each of our trips we stumble across wild things, wonder-inspiring sights and are grateful for whatever impetus impels us to get “out there” where all the serendipities live.

We're not very good about taking it easy while on vacation and soon after returning from our morning's hike, we weighed anchor and headed south toward Portland Island. We joked that even if we failed in our plans to sail down the coast and up the Columbia, at least we could say that we had sailed to Portland! We chose to anchor in the cove on the north side of this lovely island, which was a gift to Princess Margaret (when she visited BC in 1958) and from Princess Margaret (who gave it back as a marine park in 1967). 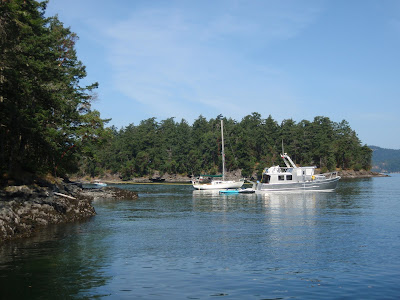 The mooring basin here is quite small, so to accommodate as many boats as possible, the authorities placed large rings into the rock walls around the bay. Ideally, one would drop anchor toward the middle of the bay, back toward the wall to set the anchor and then—quickly before drifting into another boat—row a stern line to shore to hold the boat in place. We'd never attempted this method and were grateful for a helpful neighbor who, whether for our good or the protection of his own boat we'll never know, dinghyed our stern line to the ring and back. 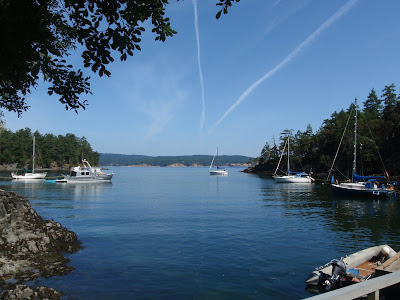 I laid down in the saloon and pretended to read, mostly staring out the companionway at the trees towering so close behind the boat and Bryan sent the girls to shore with strict instructions. “Tie the dinghy up tight, find a path and turn left. Walk until you're about half tired and turn around. Take every right until you get back to the dock.” We figured that with two of them on a round island, they couldn't get into too much trouble. And sure enough, we heard their happy voices as they explored, first that way...then back again...so confident and independent. 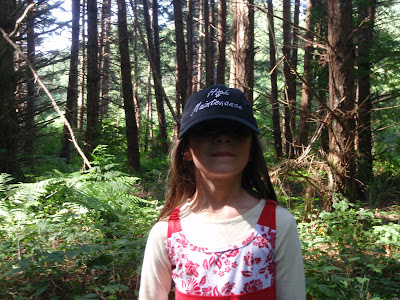 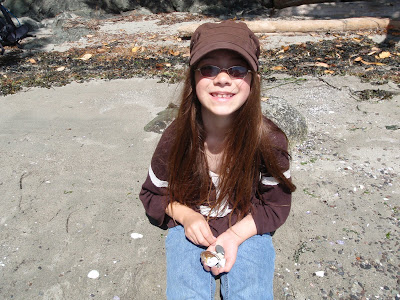 The next morning, we walked across the island to the bay on the south side, just for the sake of a lovely walk and a bit of beachcombing. Many of the islands seem remarkably similar, but each one has it's own history (in addition to being gifted back and forth across the Atlantic, this one has relics from it's time as a Native settlement and fruit trees and roses planted by Hawaiian immigrant farmers from the 1880s). 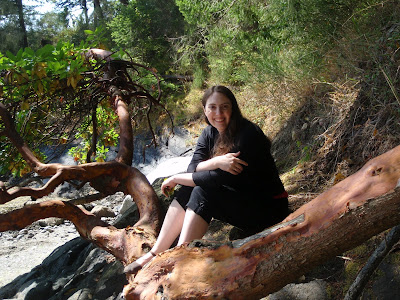 We took several hours to make the trip over to Vancouver Island (this beautiful boat was headed the other direction). 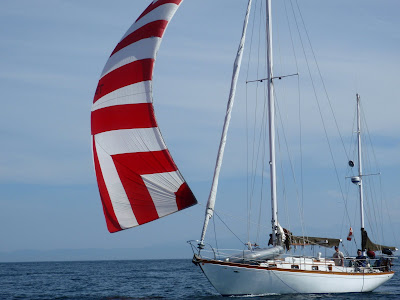 The original plan had been to put in at Oak Bay for a couple of nights and take the girls to the Aquarium I remembered with fondness from a childhood trip. However, I was concerned about the difficulty of nabbing a slip in downtown Victoria on a busy summer weekend. We decided to head straight for Victoria and take the bus to Oak Bay. Later, we discovered that the aquarium had closed a few years ago, so we were more than pleased with our decision. 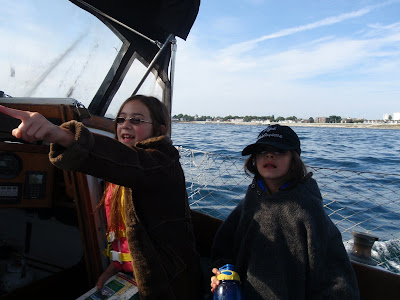 The entrance to the harbor was busy as ever, but with the help of our harbor chart and memories of our previous trip, we worked our way through the traffic, slowed for the seemingly obligatory interaction with the uber-polite harbor patrol (“Would you like a harbor chart? Did you happen to notice that you came in on a seaplane runway? Have a nice day!”) and pulled into a primo spot at the base of the Empress Hotel. 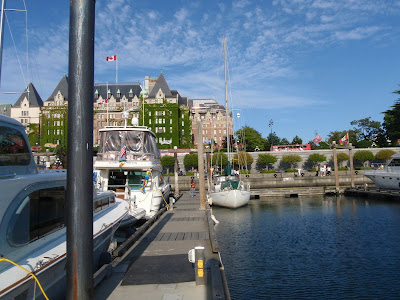