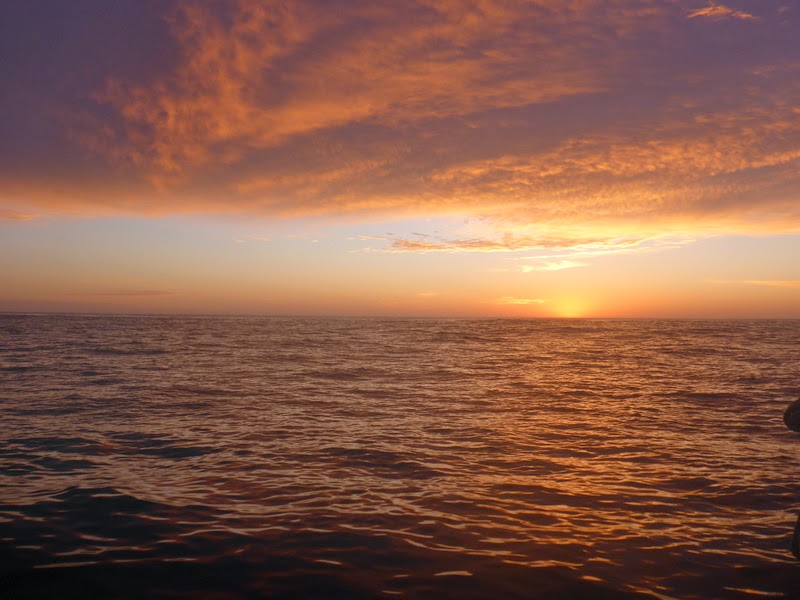 April 5-April 8
Back on the boat in Cabo San Lucas, we cleaned up a bit and then, for old time's sake, walked up the wharf to the lot where we built the dinghy. On our way, we ran into another friend, one of the cigar sellers on the wharf (If you're reading this...Hola, Andrez!). We stopped by the de-sal shop to say a quick hello to the workers there and then walked up the road to Pollo de Oro, home of cheap chicken and ice cold ChocoMilk. 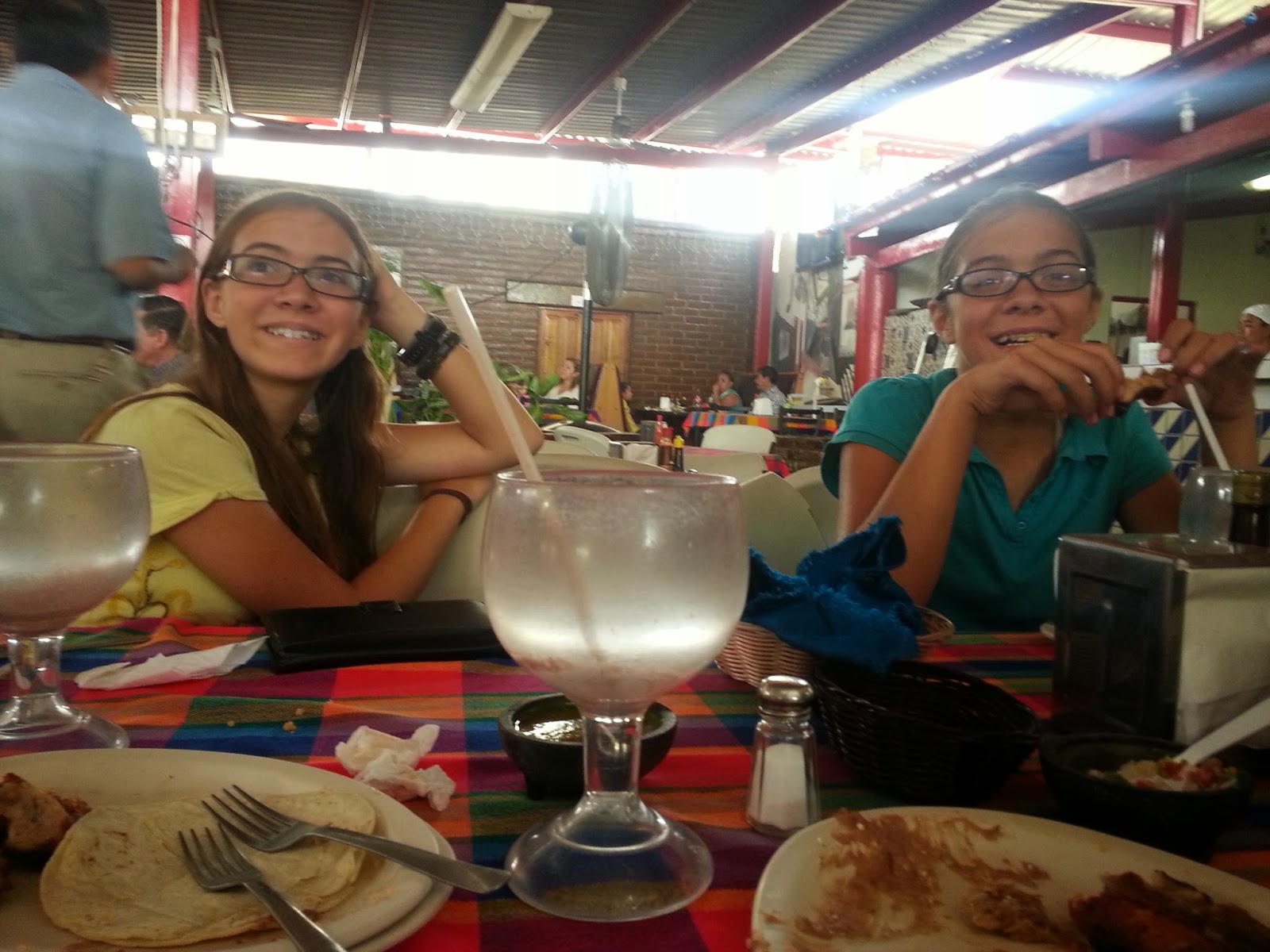 With that important duty off our Cabo list, we spent most of the afternoon in the local Starbucks, trying to get all our technology ready for the remote coast of Baja and catching up on the latest sailing news. 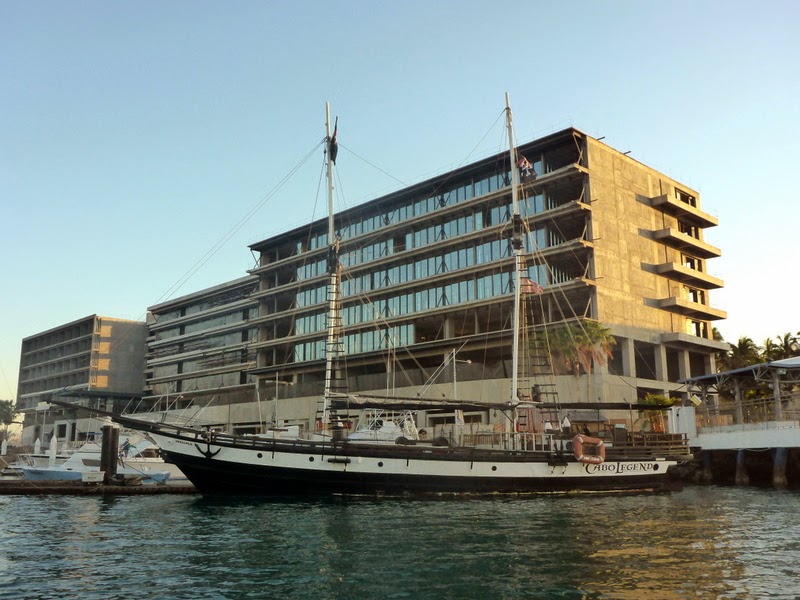 We'd come into Cabo to warm welcomes but bad news. Some good friends from our time in La Cruz, a family with 2 small daughters, were in the middle of a rescue at sea. We waded through news articles and social media, trying to sift truth from rumor. As I write, the story isn't finished, nor is it my story to tell. But that night, we stayed long enough to be reassured that paramedics had reached our friends, 900 miles offshore, and had stabilized their seriously ill baby. They were expecting to move the family off the boat the next day, and would most likely have to sink the boat to prevent it from being a hazard to navigation for the other boaters, many of them also friends of ours, headed that way. (As we found out the next day, a salvage was deemed impossible and the boat was sunk.) With heavy hearts, we headed back to the boat. The fine-dining restaurants were shutting down for the evening, and the noisy nightclubs just ramping up.
The next morning, Bryan and I went back to Starbucks for coffee, tea, and news. I stayed to get some writing done, while he went to get enough cash for our weeks in Baja. There are few, if any ATMs where we'll be stopping so we pulled out extra cash, figuring we could always stock up on Mexican treats in Ensenada if we had any pesos left over. The girls tidied the boat and then they met me at the cafe. We walked across the street to our favorite taco stand for lunch and followed it up with churros from the street stand. We nipped into a little shop for a few more bags of fresh produce and took them back to the boat.
Bryan and Hannah took a few minutes to do some engine maintenance. 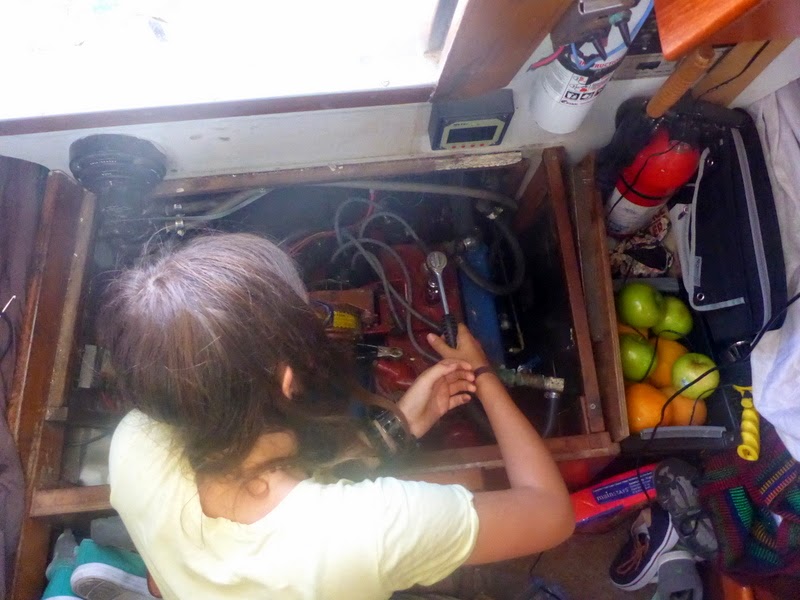 Hannah replaced the spark plugs and assisted while Bryan replaced the fuel filter, cleaned the points, and checked on the oil levels and the distributor cap. They fired up the engine to make sure they hadn't broken anything in the process and then cleaned up and put the companionway steps back into place.
Bryan wanted to get a beer at the local Baja Brewing Company and I went along for company. We sat in the beauty of the warm, Cabo evening and tried to process the contrast between our pleasant day and the heart-wrenching hours our friends had just lived through—their daughter well, their family safe, but their home and dream lost at sea.
We took our whole family up to the cafe again for one last weather check. The boat was stocked and ready, the weather window still looked wide open for a morning departure, but I had pre-trip jitters anyway. I woke about 3am and, with the marina's only-works-in-the-middle-of-the-night wireless connection, checked the forecast one more time. I listened to the nightclub's thumping bass and talked myself back to sleep. 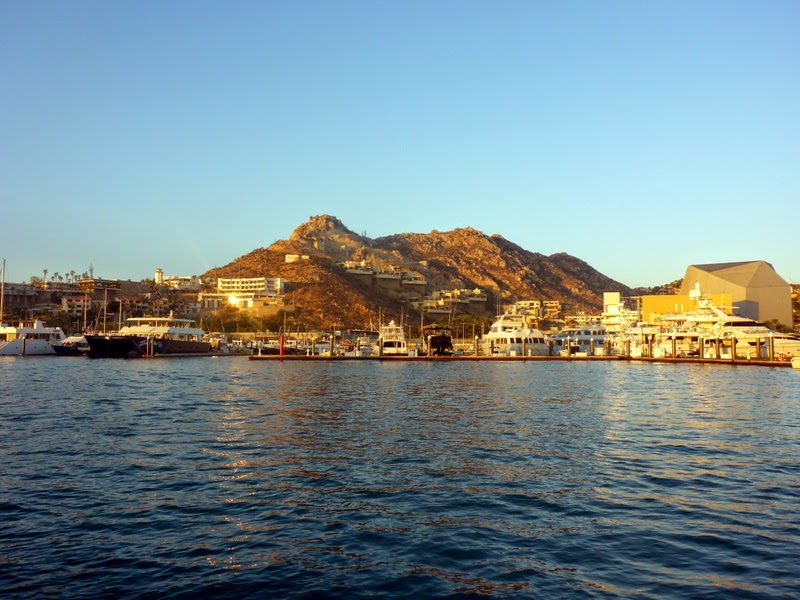 We left Cabo San Lucas a little after 6am. The fishermen were heading out to sea 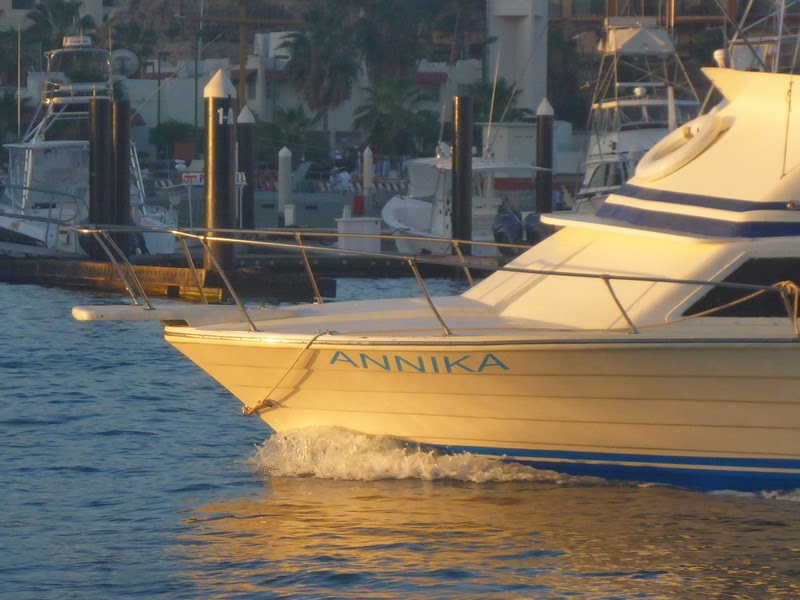 and the rising sun was just lighting Cabo's signature arch. 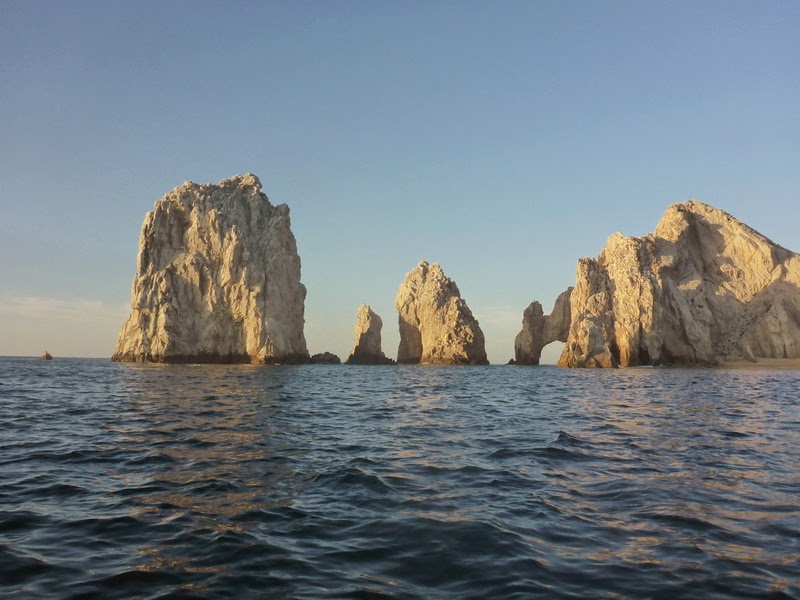 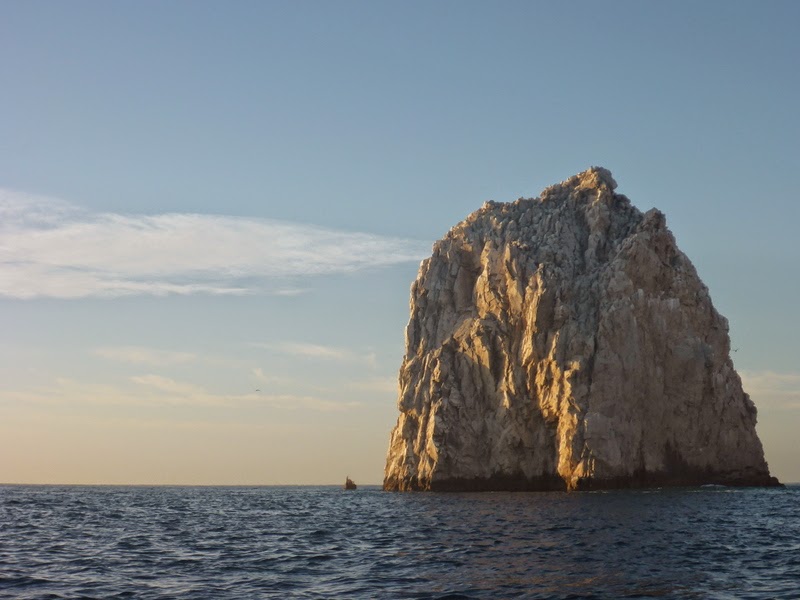 I went back to bed and let Bryan deal with whatever the cape would bring. Our forecast was good, but actual conditions may vary. Cabo Falso, at the bottom of the Baja peninsula is notorious for hurling nasty winds and choppy seas at optimistic sailors. The sea state definitely picked up as we rounded the cape, 4 miles west of the harbor, but it never got uncomfortable or scary and it settled back down within an hour or so. Bryan received a radio call from another sailor, a delivery captain on his 40th Baja delivery. I felt reassured that his experienced decision to head north this week supported our novice one. 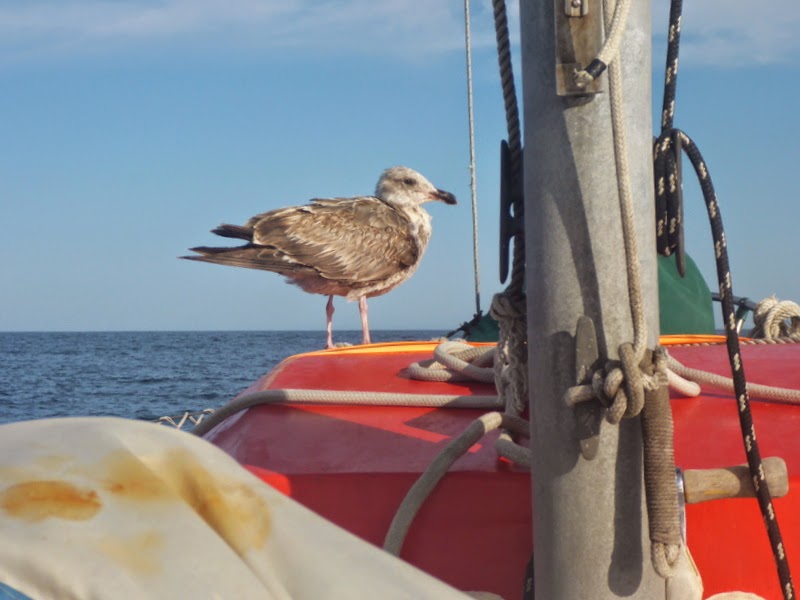 The morning went well. I even had the energy to bake snickerdoodles for a grateful crew. We weren't able to sail, but the wind was up just enough to keep a reefed main full, steadying the boat in the mild sea. 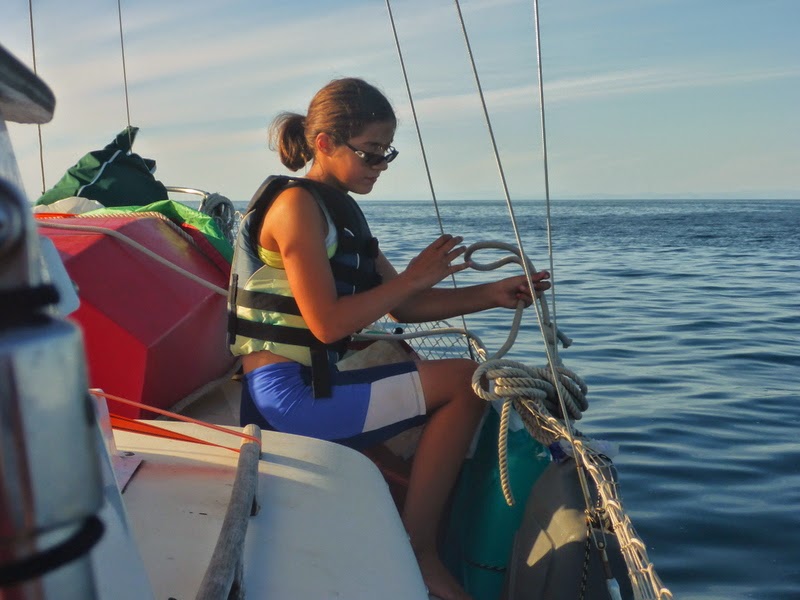 About mid-afternoon, I got up to pump a pitcher of fresh water and was dismayed to see what looked like dirt in the pitcher. Bryan and I both smelled it and came to the conclusion that our freshwater tank had likely been contaminated with bilge water. I started a mental inventory of water from all the various places we store it—12 gallons on deck, 5 gallons in solar showers, 6 gallons of emergency bottled water, 30 gallons in isolated tanks under the girls bunks—and Bryan lifted the floorboards to investigate. A few cups of water in the bilge is normal, as the engine's propeller shaft lets a little bit in to lubricate it as it turns. But it was good we noticed when we did; the bilge was getting pretty full and some of the bilge water had seeped in around the access port in the top of the water tank. Fortunately that meant the tank was not permanently compromised and could be made usable again after some serious flushing. Unfortunately, there was clearly something wrong with our bilge pump. 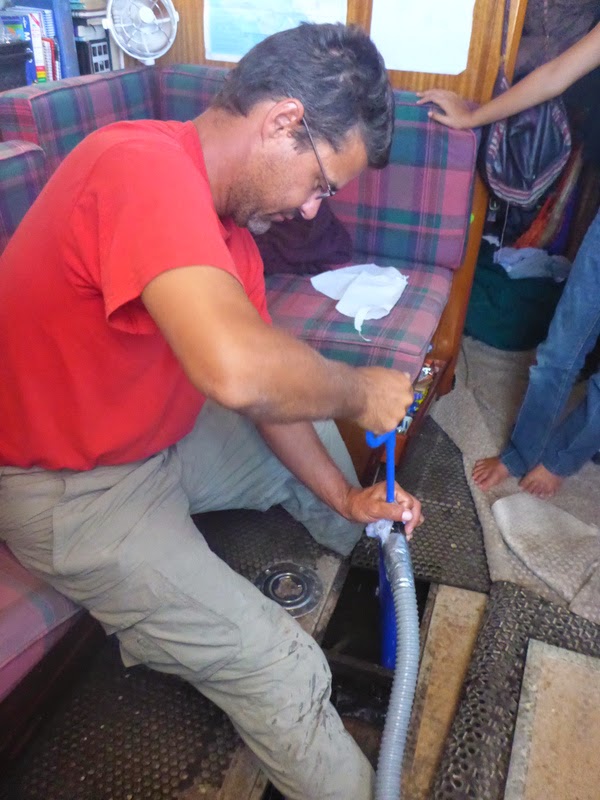 Bryan grabbed the manual bilge pump and Hannah and I helped steady the hoses as we pumped the seawater overboard. 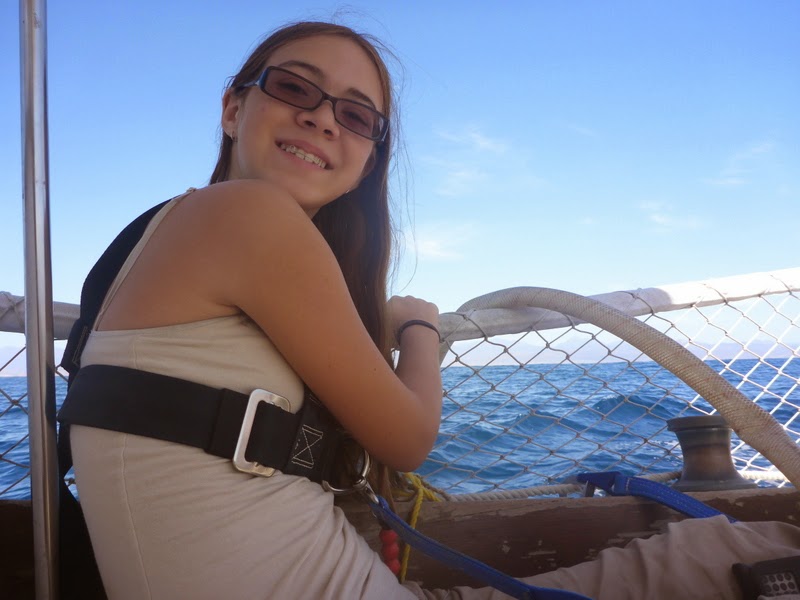 Then Bryan spent an hour or so diagnosing the source of the problem (an intermittently faulty float switch, we think) and creating a work-around. 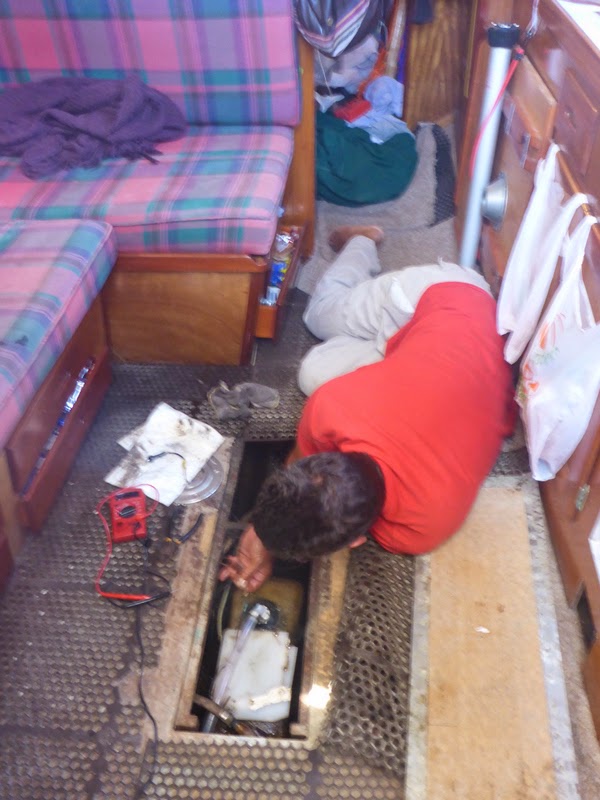 We talked over the pros and cons of continuing on versus going back to Cabo, but going back was never really an option. Both the bilge pump and our freshwater access will take a little more work than usual until we can get them fixed. But neither one is a true emergency, both will be easier to fix in the US, and ignoring the splendid weather window would only delay our return.
We put the floor back together and brought in some bottled water for drinking and cooking. I made a huge pot of pressure cooker macaroni-and-cheese for dinner (and midnight snacks) and sprinkled it with the last of the vacuum-sealed bacon from San Diego. At sea, we live on different schedules and often eat separately, grabbing quick calories whenever we're hungry. It felt like a small victory to pull off dinner together, everyone awake and happy at the same time.
The evening watches passed by easily. The girls still enjoy sitting out on deck during their watch, but I've discovered that long-term exposure to the elements aggravates my anxiety levels. If I sit in the wind and stare at the sea long enough, I forget to relax and start seeing danger over ever wave. The little bit of afternoon wind died down before midnight and I spent most of my watches below in the cozy cabin. 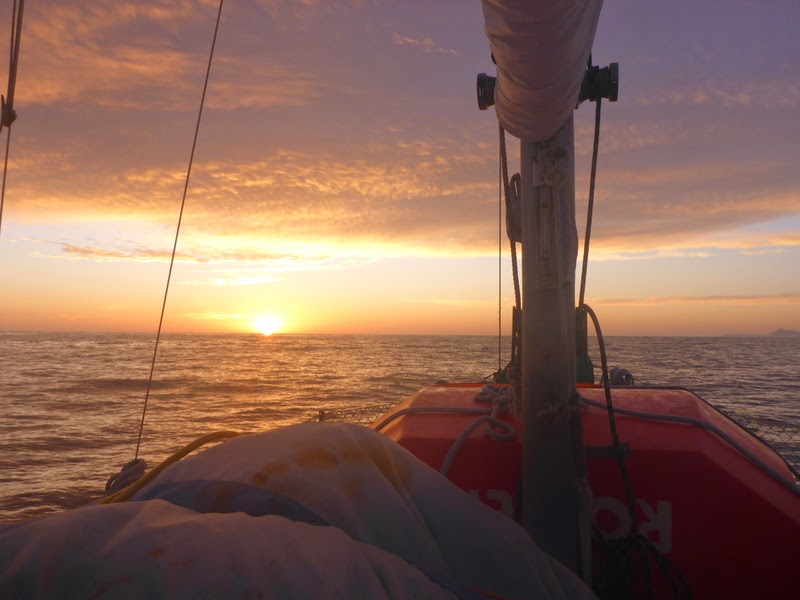 Though we kept a careful eye out, we didn't see any boats all night. We were far enough away from land and the major fishing/shipping areas to relax a little. Bryan took the long night watch and the girls and I took turns the next morning. The motion was quiet, the engine noise low, and we spent a lazy morning reading and chatting. 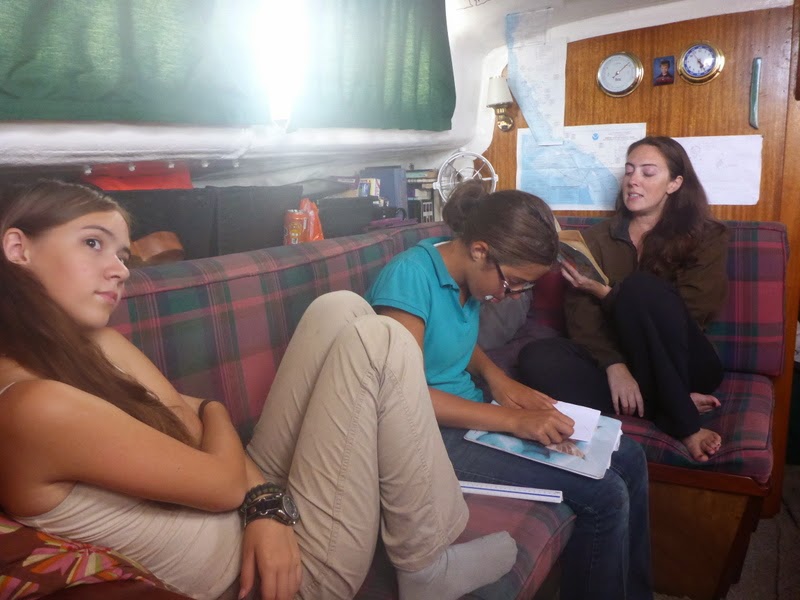 In the afternoon, we started doing some figuring. Fuel in Bahia Magdalena is hard to come by. It's there, but visiting sailors either need to contact the retired port captain and arrange a delivery from the bigger port in San Carlos or take the windy channel up to San Carlos themselves, anchor in the unprotected channel, and bum a ride to shore. Either way, refilling the fuel tanks could take several days. The weather was supposed to be good, amazing even, for another few days and we were concerned that, if we pulled into Bahia Magdalena and had to wait a day or 2 to refuel, we would lose the rest of the great weather window. But we didn't have enough gas to last us all the way to Bahia Asuncion, where we got gas on the way down from Turtle Bay. 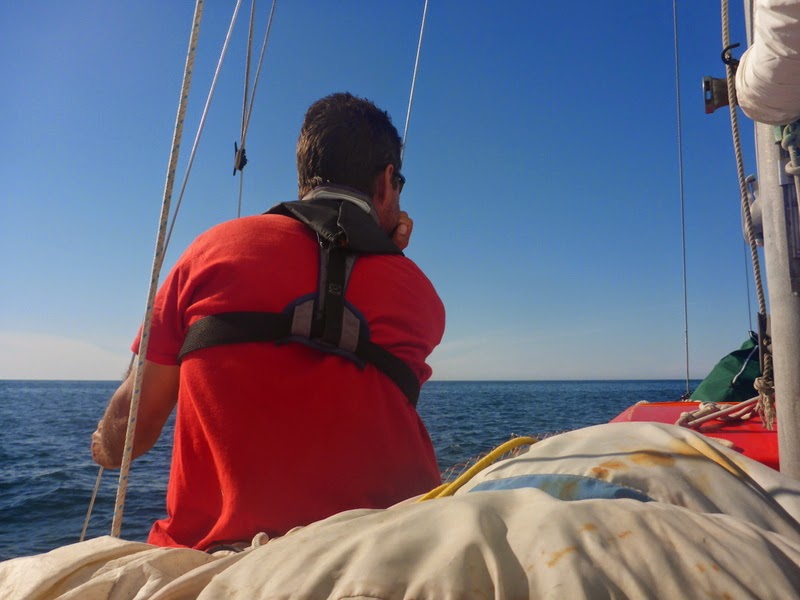 I pulled out the guide books and scoured their entries for hints about fuel availability. Most sailboat engines require diesel, but cars and pangas run on gasoline. We figured we'd be able to get at least a few gallons in the small community of San Juanico, another day or so up the coast. Even if it still took us several days in port to get it, at least we would have gotten as far north as possible in the flat-calm conditions. So we called a conference with the crew, weighing our weariness, our desire to get in versus our desire to get north. 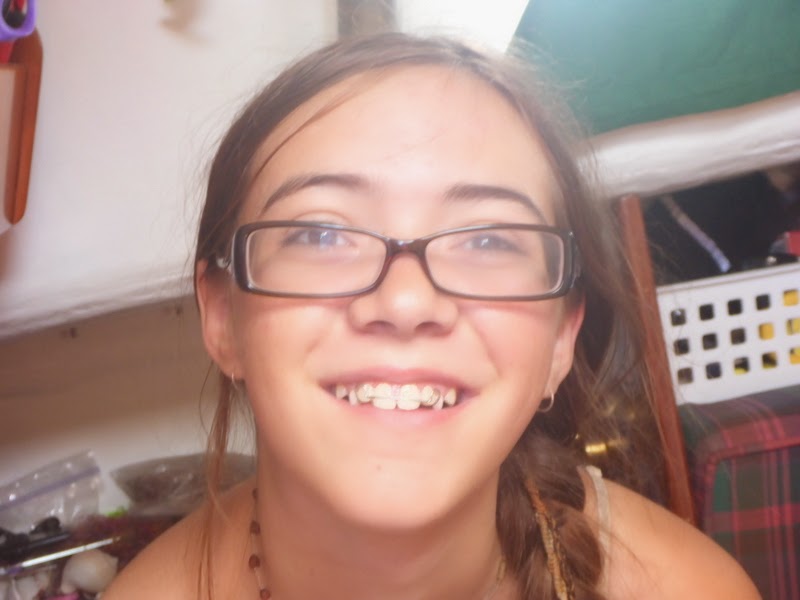 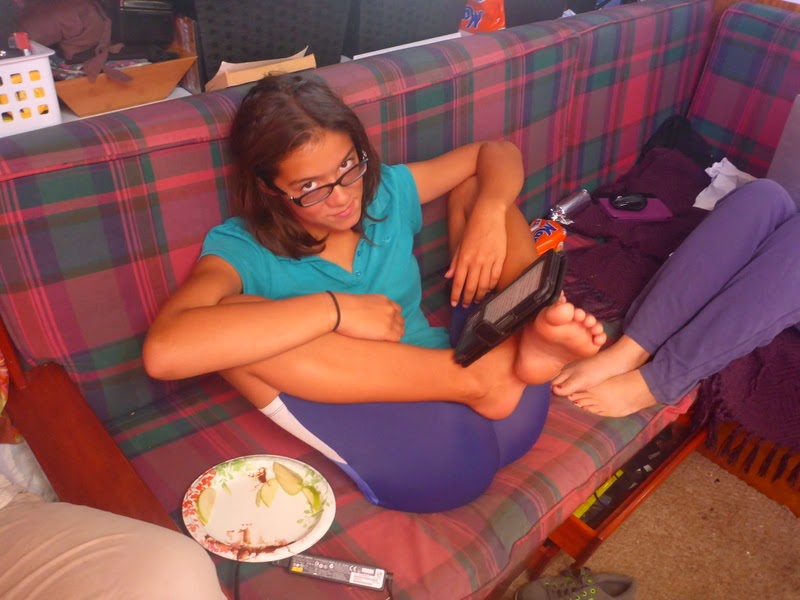 Everyone agreed it was a chance worth taking, so we extended our GPS route to head straight past the entrance to Bahia Magdalena. We passed the entrance to the bay sometime after dark and those who were awake exchanged quiet high-fives. Leg 3 complete! 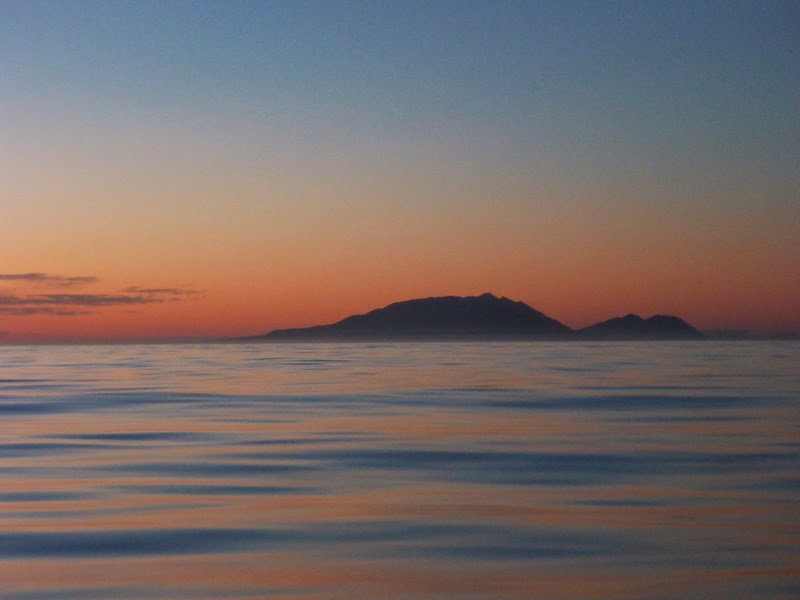